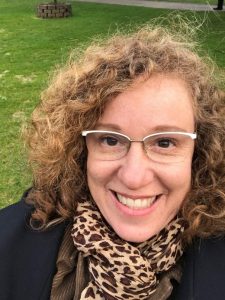 In almost 3 decades of being a Psychologist/ Psychoanalyst in Brazil, I have provided a wide range of direct and coordinating services through mental health centers, hospitals, universities, and private practice. As a clinician, I have worked with a variety of individuals, couples, families and groups of uncountable ethnic backgrounds and cultural groups, including those traumatized by overwhelming circumstances. I also have an experienced presenting and leading and I continue to participate in teachings and training projects with colleagues from psychology and other disciplines. I have had opportunities to participate in multidisciplinary projects in Brazil and Canada.

This work aimed to articulate issues of individual and collective psychic processes from the perspective of psychoanalysis and how the psychic constitution of humankind is related to the “inhuman” acts performed by man. In order to trace a cross between psychoanalysis and human atrocities, to identify psychic processes that could be taken as a fundamental integral part of the structure that made possible and sustained so much evil throughout history. To support my arguments I bring historical facts from World War II and correlate it with Freudian theoretical constructs on psychic functioning. What I come up with in this work is that despite the knowledge of past historical facts, we repeat situations because of our psychic constitution and our way of functioning. I will work on fundamental concepts of Freudian theory such as narcissism, helplessness, paternal law, unconsciousness, horror of castration, group psychology, totem and taboo, narcissism of small differences, and other concepts that are intimately articulated with questions of the human condition in relating how they learn to respond to the world around them.

If I can touch my students’ souls, making them more self-aware to become better person and better professionals by believing in themselves. If I can help them to trust who they are to implement their knowledge at their practice, I planted the seed and achieved my goals.